As the world was trying to pull itself out of the coronavirus pandemic and while Russia and Ukraine were engaging in a war that holds enormous ramifications for global peace, on 14-15 September 2022, dozens of religious leaders gathered in Kazakhstan for the Seventh Congress of the Leaders of World and Traditional Religions. The theme of the gathering appropriately focused on “the role of leaders of world and traditional religions in the spiritual and social development of mankind in the post-pandemic period.” In his welcome speech, President Kassym-Jomart Tokayev set the agenda for discussions and reflections by remarking that “as we face an increasingly turbulent geopolitical post-pandemic world, it becomes more crucial to develop new approaches to strengthening inter-civilizational dialogue and trust at the global level.”[1]

The declaration released at the conclusion of the two-day event affirms the essential role of religions in helping to address contemporary global dilemmas. One of the major concerns which the leaders paid attention to was caring for our common home, which in his speech in the first plenary session, Pope Francis mentioned as one of four important tasks that needed to be carried out post-pandemic. The others were becoming artisans of communion, addressing the challenge of peace, and promoting fraternal acceptance. This multi-pronged agenda is reflected in the final declaration which states, “We appeal to all people of faith and goodwill to unite in this difficult time and contribute to ensuring security and harmony in our common home – planet Earth.”[2] Indeed, human-ecoflourishing comprises multiple intertwining facets – social, political, economic, environmental, and spiritual – all serving to impact each other either negatively or positively. Thus, the participants declared “that in the conditions of post-pandemic world development and the globalization of processes and security threats, the Congress of the Leaders of World and Traditional Religions plays an important role in the implementation of joint efforts to strengthen dialogue in the name of peace and cooperation, as well as the promotion of spiritual and moral values.”

The Asian Research Center for Religion and Social Communication shares the sentiments stated above and has allocated most of the pages of this issue of Religion and Social Communication to the theme of “Religion and Environmental Flourishing: Reflections from the Pandemic Experience.” The contributions in the form of research articles and essays come from a variety of religious perspectives – Buddhist, Catholic, Muslim, Jain, Protestant, Eastern Orthodox. Despite coming from different religious worldviews, the underlying message fundamentally affirms that promoting ecological flourishing requires an approach that centers on both praxis and spirituality in order to prevent the task of caring for our common home from becoming simply a series of dry mechanical calculations, purely theoretical propositions, or clever policy enactments. Religions at their best inspire and infuse external acts that are consistent with authentic interior virtues ordered to the wellbeing of both humanity and the natural environment. In this respect, religions must undergo its own self-examination in order to adequately speak to the present context. As the Buddhist scholar monk Bhikkhu Bodhi (1994) asserts:

If any great religion is to acquire a new relevance it must negotiate some very delicate, very difficult balances. It must strike a happy balance between remaining faithful to the seminal insights of its Founder and ancient masters and acquiring the skill and flexibility to formulate these insights in ways that directly link up with the pressing existential demands of old-age. It is only too easy to veer towards one of these extremes at the expense of the other: either to adhere tenaciously to ancient formulas at the expense of present relevance, or to bend fundamental principles so freely that one drains them of their deep spiritual vitality. Above all, I think any religion today must bear in mind an important lesson impressed on us so painfully by past history: the task of religion is to liberate, not to enslave. Its purpose should be to enable its adherents to move towards the realization of the Ultimate Good and to bring the power of this realization to bear upon life in the world.

This sentiment adequately encapsulates the task that religious traditions must undertake to contribute to addressing contemporary issues plaguing society, especially that of the environmental crisis. Although there have been countless books, academic articles, and conferences on the topic of religion and the environment, there is still a need for ongoing voices for multiple reasons. First, as long as the environmental crisis continues to threaten human and ecological flourishing, there can never be silence even if what is now said has already been said before. The environmental crisis did not develop overnight, and it would not be resolved in a short time. Persistence on the part of those who recognize the problem and tirelessly address it is essential to its mitigation and, hopefully, eventual remedy. In addition, old voices can be renewed, reinvigorated, and re-presented in new social contexts where both the speaker and the listener approach the issue with different understanding and sensibilities. Thus, even if the content of the message is not new, how and in what circumstances it is presented may help it to gain new import. As religion and the environment can impact each other, at the same time be impacted by technological and social developments, ongoing engagement in the discourse in an interdisciplinary and interreligious manner promises to be beneficial to the ultimate goal of achieving flourishing and wellbeing for both nature and humanity. Therefore, ongoing work in environmental spirituality must explore the following questions:

·        How can an adherent of a religion develop a spirituality that is conducive to promoting environmental wellbeing?

·        What elements of one’s religious tradition are able to inform such an environmental spirituality?

·        How can particular religious traditions motivate and sustain an environmental spirituality that does not derail from its tradition, yet at the same time, is able to respond to the present situation?

·        How does a religious environmental spirituality manifest itself in ethical actions and activities relating to the environment?

·        How can religious systems make a unique contribution to the overall global discourse on environmentalism itself?

Scientific surveys and empirical experience confirm that religion continues to play a prominent role in the life of people around the world, which makes it wise to encourage an environmental spirituality founded upon scientific facts and positively informed and motivated by their faith. In this context, the term ‘spirituality’ is applied to all religious systems, including nontheistic traditions like Buddhism and Confucianism. One might find the term ‘spirituality’ applied to a religion like Buddhism to be an oxymoron because Buddhism denies the existence of a ‘spirit’ or a ‘self.’ However, ‘spirituality’ in its modern academic usage does not necessarily connote the presence of a ‘spirit’ or a ‘soul’ as understood in Western Christianity but can also refer to a more general state or experience of inner wellbeing and transformation. Because of this, spirituality as a discipline can be applied to a variety of religious systems as well as non-religious contexts. The Dalai Lama (1999) says that spirituality goes beyond religion, which is “concerned with faith in the claims to salvation of one faith tradition or another, an aspect of which is acceptance of some form of metaphysical or supernatural reality, including perhaps an idea of heaven or nirvana.” On the other hand, spirituality is “concerned with those qualities of the human spirit – such as love and compassion, patience, tolerance, forgiveness, contentment, a sense of responsibility, a sense of harmony – which brings happiness to both self and others.” Therefore, the Dalai Lama asserts that what is needed is not a ‘religious revolution,’ but a ‘spiritual revolution’ where there is a “radical reorientation away from our habitual preoccupation with self” and a turning “toward the wider community of beings with whom we are connected, and for conduct which recognizes other’s interests alongside our own.” Having said that, the Dalai Lama does not deny that spiritual “qualities, or virtues, are fruits of genuine religious endeavour and that religion therefore has everything to do with developing them and with what may be called spiritual practice.”

What religions continually emphasize is that the dilemmas plaguing humanity today are not just social issues. As His Eminence Dr. Ahmed Al-Tayeb, the Grand Imam of Al-Azhar and Chairman of the Muslim Council of Elders remarked in his speech at the Congress in Kazakhstan, the issues of concern to global religious leaders “is the topic of the hour at the spiritual and social levels.” Therefore, when it comes to such complex dilemmas as the environmental crisis, changes must start from within the human spirit. Otherwise, remedies are only superficial, temporary, and inadequate. The COVID-19 pandemic experience has revealed this lack of and need for deeper spiritual transformation from humanity. During the first year of the pandemic, in which the virus was wreaking havoc on nations and peoples, causing lockdowns on a massive scale, there was hope that the pandemic would somehow serve as a reset for the environment. Skies were clearer, more wild animals appeared in public places, and certain natural places, bereft of human footprints revitalized. But all this was not much more than a temporary respite because environmentally positive actions were carried out due to force, not from an awakening of conscience. In fact, there were many signs that humans were just as willing to disregard the wellbeing of nature to protect their own health (at least in the short term). All plans for reusable cups at cafes and restaurants were put on hold. Discarded masks and COVID-19 test kits became one of the most common forms of garbage. As people did not leave the house, most opted for ordering things online that were delivered in layers of wrappings that would be discarded as trash. When restaurants were opened, utensils came individually wrapped in plastic bags to ensure proper sanitation. And once travel restrictions were removed, demand for airline tickets surged to pre-pandemic levels. Since 2021, the term ‘revenge travel’ has become a buzzword to describe the pent-up demand for travel to make up for lost trips during pandemic restrictions. Thus, even when petrol prices doubled and airline ticket prices sky-rocketed due to higher demands, people still organized big trips by air and by land with little hesitance.

All the signs indicate that as people put the pandemic behind them (at least mentally), things will return to the way it always was with not much change in their way of traveling, of consuming, and of carrying out their daily activities. The dangers that climate scientists warned pre-pandemic remain no less serious after nearly three years of the health crisis. Thus, the need for interreligious and interdisciplinary collaboration in order to address the environmental crisis is still an urgency that cannot be ignored as we dig ourselves out of one of the most terrible calamities in modern history.

[2] Declaration of the VII Congress of the Leaders of World and Traditional Religions. Retrieved from https://religions-congress.org/en/page/deklaraciya-uchastnikov-VII 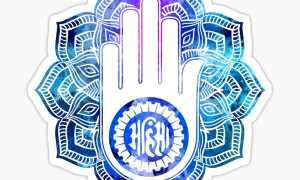 Read more
Environmentalism for the Post-Pandemic World: Lessons from Jainism and Jain Monks 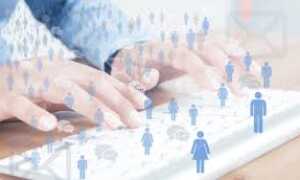 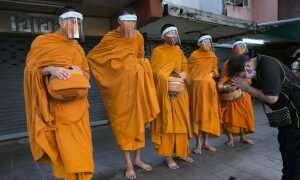 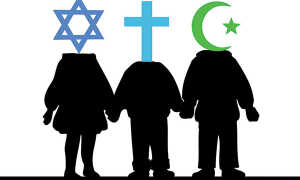 Read more
The Concept of Pluralistic Society in Qur’anic Perspectives 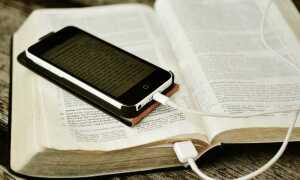 Read more
Digi-Mission: You Will Be My Witnesses to the Ends of the Earth (Acts 1:8) 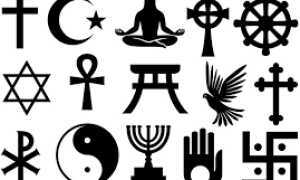